Working on stories was something I did for fun. I didn’t have any grandiose aspirations of becoming published or being a best selling author. (Well, I did, but those were dreams I never thought would actually come true.) I just loved to create characters and send them on exciting and often dangerous adventures. I particularly remember feeling excitement and joy at the prospect of working on my stories during the summers when I was getting my Bachelor’s degree because I worked full time and went to school full time, which didn’t leave time for anything else.

Somewhere along the way though, specifically after graduating from my MFA program, I lost that feeling of excitement and joy to write. I had adopted the mindset that my writing had to perfect, it had to be “of publishible quality” (like they taught in grad school or you wouldn’t pass). I believed my writing had to be perfect not just after months and months of revisions but on first drafts too. After all, I’d been on a schedule of both revising 30 pages and writing 30 new pages every 30 days for two years, which was a ridiculous schedule and did not lead to writing “of publishible quality.” I’d effectively lost my joy.

That mindset of perfection and never being able to achieve it eventually warped into thinking and feeling that writing was hard and laborous and torturous and something to be avoided at all costs (to, you know, wash the dishes or clean the litter box). Of course, not writing just perpetuated feelings of guilt and shame (especially when my mother asked me if I was working on anything) because that was all I knew how to do, that’s all I really wanted to do, and I had let my higher or my younger self down.

I needed to get back to that feeling of excitement and joy, and it needed to start with accepting that first drafts are not meant to be perfect.

Say it with me, kids, “First drafts shouldn’t be perfect.”

The belief that writing was fun and easy naturally followed, and guess what? It is.

I actually look forward to my days off now when I can sit down with my novel and play. My writing hasn’t changed (it still takes me hours to write a scene), but my mindset about it has. And that has made all the difference.

So I invite you to honor your higher self or your younger self who used to get excited to write and felt joy while doing it–not because she was trying to get published or land an agent but because it was fun and that’s what she did.

You are on the cusp of change and your brilliant future awaits. Get excited and get inspired for it by watching Neil Gaiman’s 2012 commencement speech at the University of the Arts.

Now go out there and “Make Good Art.”

If you’re like me and have been looking to Facebook or other social media for solace, comfort, human connection, or hope that the universe will sort this shit out, you’ve probably only found misery, despair, proof the world is coming to an end, and other lost souls who don’t have the faintest clue in how to process their feelings or make it all better.

That’s why I propose we write What is Right With the World. 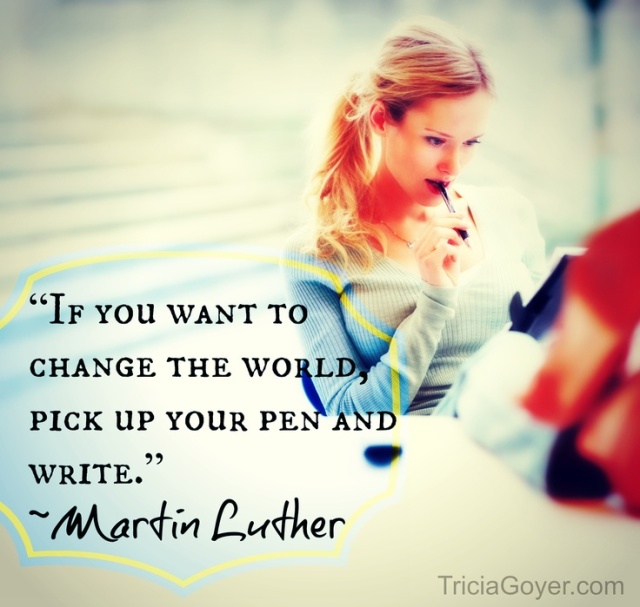 Share what is right and great about life right now. Not to forget, to distract, to diminish all the work we have to do to make sure everyone feels safe and respected in this country, but to find a safe haven between battles, respite from the storm, and light at the end of the day.

Here are a few things that come to mind:

2. The sun rising again even when you thought it never would.

3. This face, His Holiness the Dalai Lama.

4. And this quote from His Holiness the Dalai Lama.

5. This for obvious reasons. (Because it’s called the warrior pose, ladies!) 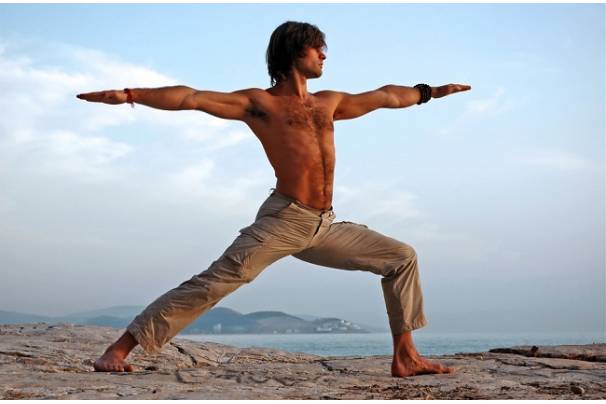 Anyway, I am neither Christianly religious or scientifically minded. I have problems with both theories. In any other culture, the story of the Christian god creating the world and making Eve populate it (and we all know how much help Adam was) would be called a myth. I say this because I highly doubt there are any modern-day Grecians or Romans that still believe Zeus/Jupiter and all the other gods still control the universe from the heavens. They are nice stories and give us hope and faith in a better life and afterlife, but they do not supersede science.

On the other hand, I can’t fathom the theory of evolution either. If man were to evolve from apes, wouldn’t there still be all those stages of Neanderthals running around? There are apes and there are men. Both ends of the spectrum are still alive and well.  How does science explain the whole missing link bit? (Hm, maybe I should read up on this. I suppose there are scientific theories on this too.)

My second run-in with the Jesus fish symbol was waiting in the drive-through at Starbucks. The truck in front of me had a fish symbol with a cross where its eye would be. And it occurred to me that no other religion (besides Jehovah Witnesses, but I won’t go into that whole disaster) promotes itself like Christianity. People are obsessed with it, and they like to tell everyone about it. There are bumper stickers that say, “God is my co-pilot,” lawn signs that spout passages from the bible that make absolutely no sense let alone a complete sentence, the illustrious fish symbol, and the nod to Jesus, my savior, from every athlete and American Idol contestant at their moment of triumph. And there are many more references that I won’t go into. Usually people who are Christianly religious let everyone know by either mentioning it or by sending them Mass cards at every holiday, so we can be prayed for at the Basilica because our names are supposedly in a box on the altar (nod to my mom and damn, that’s gotta be a big altar).

I thought all this while waiting for the truck in front of me at Starbucks to move.  Then something happened. The woman driving this huge Avalanche couldn’t make it around the curve (okay, it’s really like a 90 degree angle). She pulled up, backed up (almost into me), turned a little bit, pulled up, backed up (almost into me), turned…you get the picture. She even honked her horn, I assumed at me. I had nowhere to go as there was a line of cars behind me. I said to myself, or rather out loud, “Why do you have a truck that f**king big if you can’t drive it.” As the woman was turning the steering wheel, it looked like she was struggling, then she finally pulled her truck out of the line and alongside the curb. She rolled her window down and apologized, saying she lost her power steering.  Did I feel bad that I thought she was a dumbass? Not really, but I’m a mean person. So she got out of her truck and walked up to the drive-through window to pay and get her drink. She was embarrassed and kept apologizing.

I wondered how Jesus could have let this happen to her and where exactly he was while this was going on. Could it be bad things happen to good people or was it karma? All I know was that Jesus did not take her wheel.

Every year on Black Friday we hear about some dumbass who injures or kills fellow shoppers just to get a sweet deal on soon-to-be outdated electronics or the current craze in stuffed toys (Remember Cabbage Patch dolls, Furbies, Tickle Me Elmo?).

This year was no exception.

NEW YORK (AP) — “On Thanksgiving night, a Walmart in Los Angeles brought out a crate of discounted Xboxes, and as a crowd waited for the video game players to be unwrapped, a woman fired pepper spray at the other shoppers “in order to get an advantage,” police said.

Ten people suffered cuts and bruises in the chaos, and 10 others had minor injuries from the spray, authorities said. The woman got away in the confusion, and it was not immediately clear whether she got an Xbox.”

I have to ask “Why?” I also have to ask “Who’s to blame?” Is it solely the woman’s fault? Clearly, she had the forethought to bring her pepper spray with her and actually use it on other shoppers just like herself, but I tend to blame the stores for perpetuating and even propagating this type of behavior.

Is it really necessary to line up hours ahead of time just to be let into Wal-Mart at 4:00 am for “door-buster deals?” (Granted, I have stood in line on a Monday night at Gamestop to pick up my prepaid copy of World of Warcraft Wrath of the Lich King when the doors opened at midnight even though I didn’t even download it for two months afterwards. But video gamers are known to be lazy, and not one fight broke out. I think we were all frozen and tired.)

So why can’t stores just open at their normal time? Why can’t they continue the sale for longer than a few hours? Wouldn’t they make more money and have less stress? Wouldn’t their employees prefer to spend Thanksgiving with their families instead of sleeping during the day because they have to work some ungodly hours the next day?

And what about people like me who actually have to work the day after Thanksgiving? I’m not entitled to great savings because I can’t hit the stores in the middle of the night?

Really, Black Friday shopping extravaganzas bring out the worst in people. Not mere hours after giving thanks for everything we hold dear, we go out there and knife random people just to make sure we get ours first. That is truly not in the spirit of Thanksgiving or Christmas.

“Look what Santa got you, little Susie!”

“Don’t mind that. Santa just had to kill someone to get it.”

“This is the best Christmas ever!”