Hopefully, you’ve taken advantage of some of the writing exercises I’ve shared in Part 1, Part 2, and Part 3, and it sparked a new juicy novel idea to work on next month.

For some, you might not have been as consistent with your writing as you would have liked and now you’re asking yourself how will you ever be able to write 1,667 words for 30 days in a row? That’s like going to take way longer than 10 or 15 minutes a day.

Your heart picked up a little just now, didn’t it? And your breathing got a little shallower. Your inner critic is probably laughing at you and telling you it’s not possible.

Of course, it’s possible. Thousands of people do it every year. And you can too. Consistency is the key. Every day you have to sit down and try. Try is the operative word. Even if you only manage to write, say, 100 words a day, that’s still 100 more words than you had yesterday. And that is cause for celebration. (Hey, if James Joyce considered two perfectly written sentences a full day’s work, so can you.)

So instead of giving you another writing exercise this week, something that may only take a few minutes to complete, I thought I’d share some tips on how to write consistently and not feel like crap about it. 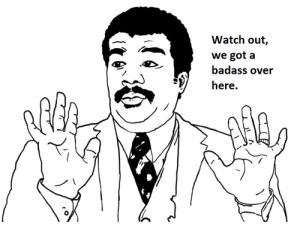 If the thing that gets you down is not so much the time spent at writing but what you end up with on the page, remember you are not the only writer to ever think that what you’ve written is crap. Maya Angelou said, “What I try to do is write. I may write for two weeks ‘the cat sat on the mat, that is that, not a rat.’ And it might be just the most boring and awful stuff. But I try. When I’m writing, I write. And then it’s as if the muse is convinced that I’m serious and says, ‘Okay. Okay, I’ll come.'”

Remember the operative word is “try.” No one is going to think that what they wrote at such a furious pace like the one set by NaNo is great. And if they do, then it really is crap. The point behind the challenge is to just get the words out, the story finished, not to labor over linguistics.

Joshua Wolf Shenk puts it like this, “Get through a draft as quickly as possible. Hard to know the shape of the thing until you have a draft. Literally, when I wrote Lincoln’s Melancholy I thought, Oh, shit, now I get the shape of this. But I had wasted years, literally years, writing and rewriting the first third to first half. The old writer’s rule applies: Have the courage to write badly.” 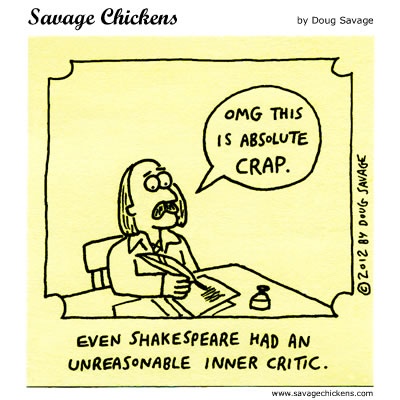 So this week, make writing a priority, or at least set plans to in motion, and have the courage to try.

Hey, if it helps, you can always tell yourself you were trying to write the worst novel ever written.