In a May/June 2017 interview, winner of The 12th Annual Writer’s Digest Popular Fiction Awards, Travis Madden, offers this piece of writing advice, “Just get that first draft completed, knowing it’s not going to be anywhere remotely near the quality of your finished work. And be OK with that!”

So how do you get to be OK with that when you’re constantly thinking about how to incorporate all the things you’ve learned about storytelling? 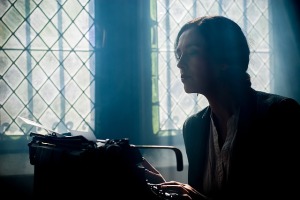 First, forget everything you’ve learned about storytelling. Honestly, you don’t need to know how to create compelling characters, how to raise the stakes, how to pace, plot, hook the reader, etc. to write a first draft. That’s what revision is for. Instead, you need to just write. Maybe you have an idea for a character or a vague sense of setting with no plot. Maybe you have a plot but your characters are flat and cliché. Who cares? You write first drafts to explore these things and figure out what story you’re trying to tell. With that being said, you shouldn’t formally outline before you start a first draft either. Let the words and the plot and the characters come and go as they please without trying to mold them. Save the outline, character sketches, plot summaries, setting descriptions, etc. for revision. I mean, how can you make those things better before they’re even written?

Indeed, first drafts are a lot like corn mazes– you don’t know how to get yourself out of them ahead of time. That’s why they’re so much fun. Sometimes you can only see a few feet in front of you at a time and never know whether the next turn will bring a dead-end or another path to the next fork in the road. You’re excited at the adventure of it and a little anxious about getting lost (and possibly afraid of a Bible-thumping 9-year old named Isaac jumping out at you), but it doesn’t stop you from entering the maze and having fun.

Secondly, adopt the mindset that first drafts should be like creative, unstructured child’s play. I grew up in a time when we didn’t have computers or video games or even VCRs. My parents never sat my sister and me in front of the TV to keep us entertained. We played outside in all kinds of weather, building entire houses out of snow or pine needles. We created menus and played restaurant with my mother’s dishes. I played Wonder Woman, paper dolls, Barbie, bank, shoe store, house, and school. I turned my bike upside down and pretended it was an ice cream shop.

There are no rules in child’s play–at least not in creative, unstructured play. You can be a superhero one moment and a gun-toting stagecoach robber the next. (Yes, I did have a cap gun and no, I didn’t grow up to be a murderer.)

Often when kids make up games, they make up their own rules as they go along as situations call for it. They don’t sit down and plan for every scenario ahead of time the way some writers do. They are true pantsers. Free and unencumbered. They never feel the need to go back and “re-play” what they did earlier because they changed something.

Next, start your story where you need to not where you have to. If that includes beginning with decades of backstory or a dreaded prologue, then so be it. Seriously, how ridiculous is it to try to start your story in the middle of things if you don’t even know where the middle is because you haven’t gotten to the end yet?

As humans, we literally start every day anew when we wake up. So if you have to follow your main character from the moment he opens his eyes until the time something life-altering happens, so be it. That’s what the Delete button is for.

This is also why NaNoWriMo is so popular. It allows writers to throw down anything and everything and just write with reckless abandon. Who cares if you followed all the rules? Who cares if it doesn’t make sense in the end? Who cares if your story started out as fantasy and morphed into contemporary realism? You just wrote 50,000 words! Fifty-thousand words you didn’t have time to deliberate over. Fifty-thousand words with a better idea of what kind of story you want to tell and what to revise to get it there.

And finally, don’t ask for critiques or share your first drafts with other writers. It’s tempting to want feedback to see if you’re on the right track. Only you don’t know what the right track is yet. You don’t know how your baby is going to grow up, if it’s even going to make it. This thing you’re writing is like a newborn. 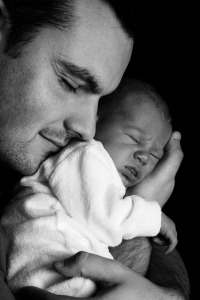 It can be infected with other people’s germs super easily and get really sick. It can also turn out to be something you never wanted, depending on who’s taking care of it. So protect it (and your self-confidence) in the process. Remember, no one likes being called a bad parent

To recap, here are four ways to change your mindset around first drafts:

What’s your current mindset about first drafts? Do you get trapped in the never-ending cycle of editing? What other advice would you give someone about writing a first draft?